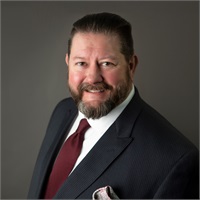 Chad Hennessy grew up in Monrovia, CA. After high school, he attended Cal Poly Pomona. He was securities and insurance licensed in 2005. After 13 years in Diamond Bar, Chad relocated his office to San Dimas, CA in 2017. San Dimas is also Chad's current hometown, where he has resided since 2007 with his wife Brenda and their four children. He continues to push, learn, and continue his financial education on a daily basis. Every situation is unique. Chad believes in listening to his clients' concerns and objectives and drawing on his experience to find suitable solutions.

Chad has a passion for helping individuals, families, and businesses attain their goals. His no-nonsense approach to investing and planning, combined with the personal relationships he makes with his clients, truly makes this a rewarding career. You should feel like family, we may be working together for many years!

In his spare time, Chad enjoys watching his kids compete academically and athletically. His three oldest children have attended or will be attending college on athletic and academic scholarships, competing in wrestling, softball and football. Of course, the 4th is on his way as well. Chad enjoys golf and coaching football at San Dimas High School. Giving back to his community is a priority. He is sometimes called a "rabid" fan of the Los Angeles Dodgers, Dallas Cowboys and North Carolina Tarheels.